Jan Amos Comenius had for long been forgotten in his own country – his philosophical and theological works belonged among libri prohibiti (banned literature) as long as until the release of the Tolerance Patent (in 1781). It was only his language textbook Janua linguarum reserata (The Door for Languages Open) that was published by Prague Jesuits three times (1669, 1694, 1716) and his works were also known to a group of intellectuals linked to Prague university (for instance Marek Marci of Kronland or Bohuslav Balbín). But in general public’s awareness, in minds of Czech and Moravian people Comenius’ name had not yet been established. His didactic principles started to be translated to practice at the end of the 18th century by Enlightenment school-reformers who worked for Empress Maria Theresia and Emperor Joseph II.

In the beginning of the 19th century Comenius’ merits were highlighted by significant figures of the Czech National Revival movement who described him as an “immortal star of Czech literature“ (Jan Nejedlý). Comenius became member of Czech national pantheon in 1829, when a renowned historian František Palacký wrote and published an essay on him. In the 1860s the political situation eased and commemoration of Comenius began to be closely related to the emancipation of the Czech nation. The unveiling of Comenius monument in Brandýs nad Orlicí turned into a vast national manifestation. A society called Teacher Association, which came into existence in 1868, started to commemorate Comenius’ birthday in March every year. To date, this day is celebrated here as Teachers’ Day, although in other countries it is remembered on October 5th. Nationwide celebrations of the 300th birth anniversary of the “Teacher of Nations” were held in 1892, but due to a ban by Minister of Education Paul Gautsch they were not allowed to take place in schools. Despite this, however, involved in their preparations were teachers as well as foremost representatives of the then scientific and artistic life.

Quite symbolically, Comenius returned to his native land in December 1918, when the first Czechoslovak president T.G. Masaryk started his famous inauguration speech by quoting Comenius’ Testament of the Dying Mother Unity of the Brethren: “… I too, trust in God and believe that after the storms of fury have faded away, the governance of your own affairs will come back to you, oh, the Czech nation”.

In the year 1929 Comenius’ grave was identified in a small church belonging to the Wallonian Church in Naarden, and between the years 1930 and 1937 a mausoleum was set up there on the initiative of the Czechoslovak government. In the second half of the 20th and the beginning of the 21st centuries a number of celebrations were carried out commemorating Comenius’ life anniversaries or the publishing of Complete works on Didactics. The current cycle of celebrations is thus continuing in the spirit of traditions commenced in the 19th century.

More on Comenius’ life and work on: 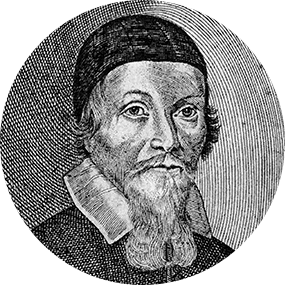